Every second, 206 kilograms of rubbish end up in seas and oceans. This debris pollutes the oceans and participates in the build-up of “plastic continents”, thus becoming a real plague for marine species.

Thousands of marine mammals are killed by this type of waste, whether they suffer from suffocation or indigestion.

If massive ocean pollution is a global concern, the European Union has no excuse whatsoever for standing by and watching the issue being unresolved. We must act now: in some areas of our seas and oceans, we observe six times more plastic than plankton and 250 billion plastic particles are currently floating in the Mediterranean Sea.
The world’s production of plastic materials which constitute up to 80% of marine debris was up to 245 billion tons in 2008, with a quarter accounting for Europe alone. This production would be multiplied by three by 2050.

Ocean pollution from marine debris is an issue that concerns us all! It is a responsibility of both the European Union and its members, to protect the marine environment, the coastline and the health of its citizens.

The European Commission has recently been studying every option to convert the actual European economy to a circular economy. More virtuous and more sustainable, this new approach aims at keeping the resources, materials and products within the economy in order to reuse them. Consequently there will be no more waste of our resources and less debris ending up in our seas and oceans. The European Commission launched the communication on circular economy which was publically released in July 2014. This document, submitted to European institutions for consideration, is urging on a 30% reduction of the ten most common types of litter found on beaches by 2020.

This is not enough!

This reduction target constitutes only a small portion of the massive amount of litter found in the marine environment. The effort therefore requested of the European States is not notably excessive when we know that monitoring and quantification tools already exist and are already being used by some of the States. Furthermore this objective only appears in a statement not in an actual “restrictive” legal text.  There is therefore no requirement for the States members to comply with the reduction of marine debris, only an inducement.

We ask for the implementation of a reduction target of 50% of marine debris by 2020! Only this aim should be able to significantly reduce marine debris and its impact on the marine environment. The challenge is crucial as protecting this resource at an inestimable value – our blue planet, is at stake!

States members themselves have committed to ensure the European marine environment’s “good ecological status” by 2020 and as we find ourselves five years before the due date, there is still a lot to be done.

Please sign our petition to help us pressure the EU institutions and the State members so that necessary measures and real results can be achieved against marine litter invading our seas and oceans. 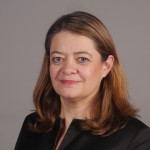 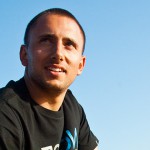